Our Practice
Our Doctors
Our Procedures
Watch Videos
Appointments 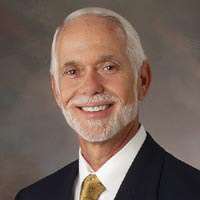 Dr. John W. Bishop was born and raised in DeQuincy, Louisiana. He attended Loyola University in New Orleans, and completed his dental degree from the University of Tennessee in Memphis in 1969. He was elected to Omicron Kappa Upsilon, the National Dental Honor Society.

Dr. Bishop spent two years as a general dentist in the United States Air Force in Homestead, Florida. Following his services in the Air Force, he completed his pediatric dentist training at the Children’s Hospital in Birmingham, Alabama, which is affiliated with the University of Alabama.

Dr. Bishop has practiced in Maitland since 1973 and resides in Maitland with his wife, Pam. He has two sons who live in Washington and Montana. His hobbies are running, fly fishing, and watching the Orlando Magic. He has achieved a personal goal of completing a marathon race (26 miles) at Disney World in 1994. 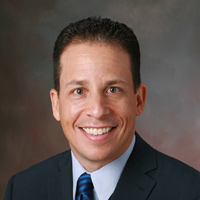 Dr. Carlos Bertot was born and raised in South Florida and graduated from Christopher Columbus High School in Miami. He attended the University of Miami, majoring in Biology. Dr. Bertot received his dental degree from the University of Florida, College of Dentistry in 1992. During his senior year, he received the Florida Academy of Pediatric Dentistry Senior Award for most outstanding student of that discipline.

Dr. Bertot spent two years at the University of Kentucky in Lexington. There, he completed his specialty training in Pediatric Dentistry. He has been in private practice in Maitland since 1994 and became a Diplomate of the American Board of Pediatric Dentistry in 1996.

Dr. Bertot, his wife Cecile and their three children enjoy travel and try to take advantage of all of Florida’s outdoor activities. 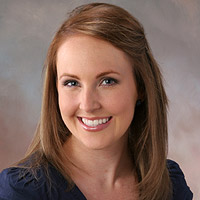 Dr. Kelly Mansour was born in Hollywood, FL and raised in a small town in North Florida called Starke. She eventually moved to Cocoa, FL where she was named Valedictorian of Rockledge High School in 2000. She received a Bachelor of Science degree in Food Science and Human Nutrition at the University of Florida. During her undergraduate studies at Florida, she was the university’s female mascot, “Alberta”, for four years and participated in a variety of sporting events including away games, SEC championships and bowl games. She was inducted into the University of Florida’s Hall of Fame in 2004 for her academic excellence and leadership.

Dr. Kelly loves spending time with her husband, David, and visiting with family and friends. During football season, you can catch her wearing orange and blue and cheering for the Florida Gators! 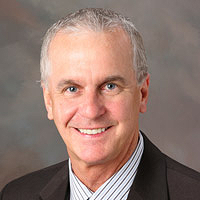 Dr. John Smith earned his B.S. degree in Zoology from the University of Florida in 1971 and his D.D.S. degree in 1975 from Emory University. Graduating first in his dental class earned him the distinguished Alpha Omega Scholastic Award and membership into the Omicron Kappa Upsilon Scholastic Society.

Perhaps the most notable achievement in Dr. Smith's career came after he received his Masters Degree in Orthodontics (M.S.D.) from the University of Washington. His graduate work in implantology gained him the coveted Milo Hellman International Research Award presented each year by the American Association of Orthodontists for the most outstanding orthodontic research. After graduation, Dr. Smith became interested in another area of orthodontics, “invisible braces”. Working with five other noted orthodontists he helped pioneer the development of invisible braces. Through his publications and lectures, he has taught the theory of invisible braces and other innovations to thousands of orthodontists throughout the world.

Is there life away from the pediatric dental chair for Dr. Smith? Along with fun activities such as fishing, boating, scuba diving, skiing, golf and playing with his two children, Dr. Smith keeps his busy life in balance with a good book or movie.

find us on social media